TraumaLink is a volunteer-based emergency response system  to reduce the number of deaths and injuries on the highways.  Our service model utilizes an emergency hotline number, a 24/7 call center, and volunteer first responders recruited from the local community who are trained in basic trauma first aid and provided with necessary medical equipment like stretchers and bandages. LEARN MORE

TRAUMALINK HAS DEVELOPED A SCALABLE AND SUSTAINABLE MODEL TO SAVE LIVES AFTER TRAUMATIC INJURIES. SO FAR WE HAVE: 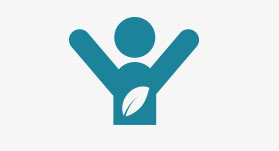 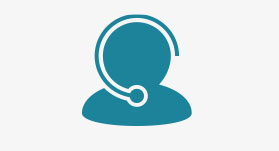 Responded to over 1100 incidents 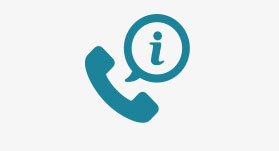 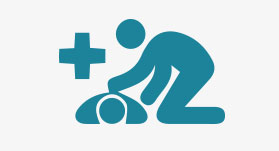 Injured patients are much more likely to survive if they receive treatment quickly.  Fortunately, within the first hour after injury, simple medical treatments can be highly effective at preventing paralysis and death. This critical window is known as the “Golden Hour” and is the period of time during which TraumaLink First Responders work. LEARN MORE

TraumaLink reached a historic milestone on 23 November, 2019 as we celebrated five years of operations! Since launching our service in Daudkandi on 23 November, 2014 covering 14 km, we have grown to 545 volunteers serving a total of 135 km on three national highways. We take this opportunity to recognize our talented and inspiring staff, our courageous and reliable volunteers, and all those who have supported us in this journey.

In the first five years nearly 2,400 patients involved in over 1,100 crashes were treated. First responders had a 100% response rate and in 85% of calls, they were at the scene in 5 minutes or less. The majority of patients have been younger men, who are often family breadwinners, so the benefits of the program extend far beyond the patients themselves, also impacting all the people who love and rely on them.

TraumaLink has received a number of awards and honors since its founding. They were finalists in the 2013 Harvard University Dean’s Health and Life Sciences Challenge, and semi-finalists in the 2014 Harvard Business School New Venture Competition and 2014 MassChallenge Startup Accelerator. TraumaLink was a 2015 Manthan Award Winner for eHealth, received a USAID DIV award in 2016, and was a recipient of the 2018 Global South eHealth Observatory Award.

In June 2018 the Harvard Case Based Teaching and Learning Initiative published a teaching case about TraumaLink. The case is being widely used as a teaching tool at the Harvard Chan School and other educational institutions. For the last two years it has been distributed to all incoming Harvard MPH students as an example of how to address problems in public health.

Looking ahead, TraumaLink’s goal is to continue expanding its services within Bangladesh and to serve as an example for other developing nations facing similar challenges on their roads. The many successes of the model, including its strong community support and rapid and reliable volunteer responses, suggest that it can still help many thousands more traffic injury victims at the time when they need it the most.

On January 16, 2020, The Lakshmi Mittal and Family South Asia Institute of Harvard University has published an article on TraumaLink reaching 5 years of operations.

A fast-moving bus was the travelling towards Chittagong hit another bus from the back on the 22 December 2019 at Jamaldi Bus Stand, Gazariya, Munshiganj. The incident occurred at 12:00 pm where 6 persons got critically injured. TraumaLink’s Volunteers Md. Rahamat Ali, Mostak Ahmed, Mohammad Abdul Hye and Khokon Miah immediately reached the spot and instantly provided first aid treatment. Then 04 persons sent to the home and other 02 persons sent to the Gazaria Upazila Health Complex.

We would like to thank our volunteers for their undying efforts, dedication and courage and for providing the service at the right moment.

PreviousNext
12
Click here to view our Warriors in Action

TraumaLink’s vision is to  save lives by providing free first aid treatment to highway  traffic injury victims. If you belief in our cause and want to get involved then  subscribe to be “TraumaLink’s  Member”.  TraumaLink has developed a “Membership Subscription Plan” for  organizations who is keen to come forward and support us in saving lives. Click here to learn more.